Startseite » 15 products that should never, ever have been launched 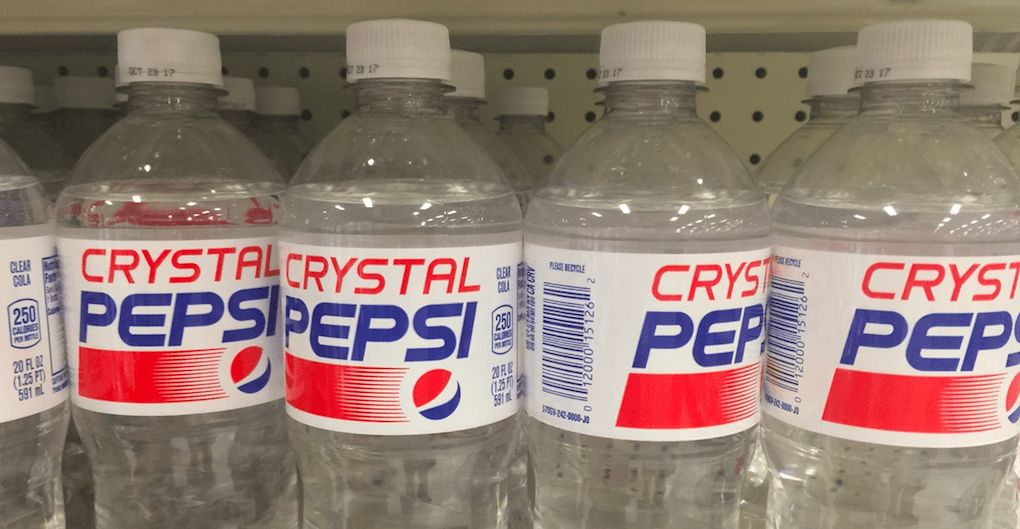 15 products that should never, ever have been launched

Developing a new product is never an easy task. Often, consumers just won’t care about a product, in other cases, they may not be ready for the supposed „life-changing” innovation yet.

Still, marketers and companies try to push their products on their target groups, and they spend huge amounts of money to make everyone believe that their products are absolute “must-haves”. But just like love, there are also other things that money can’t buy – like relevance. Check out these 15 very unnecessary products that should never have been launched!

In 2011 Google tried to be Facebook and launched their social media network “Google+”. Needless to say, “Google+” never took off…

Donald Trump is known for „great“ things. When he decided to go all “supermarket” on us and sell steaks, he also thought that the outcome would be “great”. Well, let’s just say that consumers didn’t agree with “the Donald” and production was stopped just two months after the initial launch.

In 1992, Pepsi introduced a new product called „Crystal Pepsi“, remember? As you may already know, the clear, watery coke didn’t last long. David C. Novak, its inventor, admitted: „It would have been better if I had made sure that the product actually tasted good.“

Why on earth would you want your lip balm to taste like Cheetos? Needless to say, this invention wasn’t really a hit.

Quelle: imgflip.com
This phone was the biggest fail of 2017. It was on the market for less than a year, and Samsung had to take back around 2.5 million phones due to complaints of overheating and exploding batteries. Ouch!

Quelle: imgflip.com
In 1995, Coca-Cola thought it would be a great idea to change the original Coca-Cola formula. They did nationwide taste tests and were pretty happy with the results. Unfortunately, the real market launch was a whole different (actually devastating) story, so that the “New Coke” had to be pulled from the market. Well – never change a winning team …ehm …formula, that is.

Quelle: imgflip.com
Google Glass was launched in 2013 as an ill-fated attempt to develop intelligent glasses. The device was sold for 1,500 Dollars per piece and did not perform really well. Reportedly, the high-tech glasses have also raised some very serious security and privacy concerns.

Quelle: imgflip.com
Is it a smart idea to call an energy drink the name of a “Class A” drug? Well, apparently some people did think so. Due to its misleading name though, the drink was pulled from the market in the USA only months after its launch. Oh well… let’s try “Mary Jane” next time, shall we?

Quelle: imgflip.com
When it comes to products and sales, Amazon can do anything, right? Well, not really, since their “Fire Phone” was a complete fail. Developers believe that the pricing strategy for the phone as the main problem.

Launched in 2007, Windows Vista soon proved to be one huge mistake. It failed due to problems with new security features, performance, driver support, and product activation. Which basically means it failed in every regard. Duh.

Quelle: imgflip.com
In 2002, Pepsi launched its „Pepsi Blue“ drink to compete with its popular rival, the infamous „Vanilla Coke“. Although the new drink was promoted extensively, it failed in every way it could fail. Just fyi, “Pepsi Blue” was supposed to taste like berries – but customers were of a completely different opinion: Apparently, it tasted more like cotton candy with a „berry-like“ aftertaste. Yum!

Quelle: imgflip.com
In 2006, Coca-Cola combined Coke with coffee and invented „Coca-Cola BlāK“. Great idea, right? Well, not really. The drink was taken off the market a little later when customers started complaining about the bad taste and the huge amount of caffeine.

Quelle: imgflip.com
Pepsi introduced “Pepsi A.M.” in 1989. This new formula contained more caffeine than normal Pepsi and was thus marketed as a „morning drink“. The idea of drinking Pepsi for breakfast, however, did not appeal to the buyers. As a result, Pepsi A.M. was discontinued one year later. Well, I guess at least they tried…

Quelle: imgflip.com
A women’s mag that does not only tell you what (not) to eat so that you can look like their malnourished models on the cover, but also sells its own yogurt? Well, unfortunately, that didn’t work either.

Quelle: imgflip.com
We have cars, we have bikes, we have motor bikes. And we HAD Segways. At least in 2001. Yet, the two-wheeled, expensive vehicle could not live up to its hype. It was sold at 5,000 Dollars per vehicle, and although it was very innovative, it was neither attractive nor necessary.

Which other products could the world do without? Let us know in the comment section!